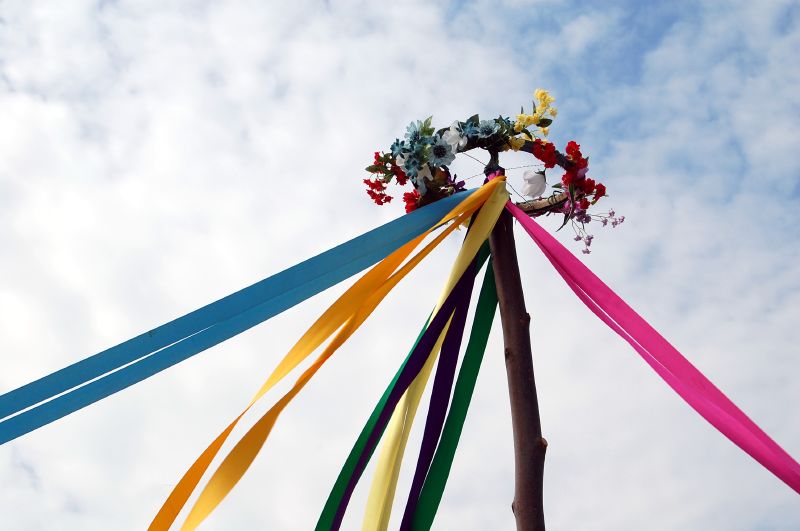 Jill and I moved from Boston to coastal, rural Maine to get away from it all. We wanted a simple, quiet lifestyle, where we could grow our own food and be surrounded by blueberry covered mountains which roll into the island-dotted ocean. Twelve years later we realized we’re not the hard working, back-to-the-landers we thought we were, and we’ve learned why Maine is “The Vacation State” and not the “You-Should-Really-Live-Here-All-Year-Long State.”

Let’s just say, when you move somewhere to get away from it all, you end up not near much.

Of course our children love it here. Lucena (11) and Isla (9) have friends with farms, so they get to play with baby goats and baby chicks and climb trees to fetch wild apples. They get to sled in the snow, swim in the ocean, and go to a small Waldorf school, where they learn their lessons through art, music, movement, myth, and crafts. They start with a big blank book, which by the end of the school year is full of their sketches, scientific and mathematical diagrams, and prose written in careful cursive. They create their own textbooks.

Two of their school’s annual gatherings politely demand us to work on the campus: cleaning, raking, and literally mending fences. After we work, we gorge on a hundred pies and crisps in October at Apple Fest, and at May Fest the children perform the adorable dances around the Maypole. Yes, we have an actual Maypole.

As much as I like most of my acquaintances here, I feel somewhat out of place at these events. People mostly seem to talk about farming, construction, canning produce, sourcing firewood, and just trying to survive the environment which, aside from three weeks in the autumn, is trying to kill us. And if I hear someone talk about Sustainable Agriculture one more time, totally out of spite, my eyes will bleed Miracle Grow. This is clearly my own issue since everyone else seems to love talking about that shit, ad nauseam.

And as much as I do not love outdoors-based manual labor, I try really hard to get everyone in the family to these events on time so we can rake and hoe, hammer and clean. We to seem to always be the first few who show up and we end up watching the rest eventually trickle in and wander over to get a cup of organic, fair-trade coffee.

On the morning of the last May Fest, I’d had it. I was coming out of an especially dark funk – as winter here doesn’t really end until the middle of April and it felt like my life dreams and youth were draining away with every gray, muddy, meaningless day that I continue to live here. I did say dark, right?

So with Jill away on a trip, and Lucena (my oldest) going to May Fest directly from a sleepover, I figure I’d skip out on the highly-encouraged, morning work period and finish up projects around the house. You see, there’s nothing as powerful as the passive-aggressive act which will be noticed by no one.

All morning Isla asked over and over, “What time are we leaving for May Fest?” All week, like a little pixie, she’d hopped around and talked about the specific Maypole dance her class had learned and how, when the class finishes intertwining ribbons, it will create this unique, colorful, woven pattern on the pole. She couldn’t wait for me to see them do it!

After the sixth or seventh prodding from Isla, I relent and we leave the house to arrive only forty-five minutes into the two-hour work session. The parking lot is so over-packed we have to park our Subaru way down the street at the end of the line of all the other Subaru’s. “Wow,” I think, “everyone really got off their asses this year and showed up on time.”

As we walk onto the campus, I see that the cozy outbuilding-schoolrooms, gardens, playgrounds, soccer field, and circular driveway are all deserted.

At once, we see the far off seated crowd around the giant conical shape of colorful ribbons tied to the top of, and orbiting around, an enormous pole.

Isla and I race to the scene, but before we even get to the outer ninth circle of picnic blankets, with the soul-crushing horror and sudden rush of shame-induced adrenalin, I see that it’s Isla’s class dancing around the Maypole.

Did I mention that we start with the Maypole Dance at May Fest, and that it’s at Apple Fest where we work first? I didn’t mention that, because I fucking forgot that.

Isla crumples to the ground and wails, an eight-year-old heap of hyperventilating tears – not something I ever see her do. My Jewish-half screams at me, “Don’t cause a scene!” so I scoop up her thin frame and race to the main building. I figure the walls should insulate at least 85% of the non-stop, piercing decibels coming out of this limp child.

Once in the entrance hall, I gently place her down on a bench. With me rubbing her back, and she with her head in her hands, the two of us are a Norman Rockwell painting gone terribly wrong. She tells me she wants to die. I don’t inform her that I also want to die, since I can somehow extract the wisdom that I need to model the concept of not-dying. I know that saying to her, “it’s not a big deal,” or “there will be next year,” or any other minimizing statement is really just meaningless to an eight year old.

I tell her it is my fault and that I’m very sorry and I just breathe through her sobs. I’m not a proud man, I’ll take a hit when deserved. But this one is extra hard, since I clearly destroyed what would potentially have been a powerful and positive memory of her childhood and replaced it with the idea that you can’t count on Dad. I’m actually called Papa. How the hell can you not count on a Papa?

In a couple of minutes, she’s at a manageable whimper, and we decide to head out of the building to watch the rest of the kids dance.

Does anyone remember that I have another daughter? Well, I didn’t.

We make our way back to the blankets, as Isla sucks in a nostril full of snot, and I see Lucena’s class skipping from the maypole, back to their section of grass. My heart sinks farther below the current level of zero.

Framed by her dark curly hair, Lucena shoots me a long emotionless look which, in every culture in the world, means, “I’ve come to terms with the fact that you are an asshole.”

And that’s really the long and the short of it. All of my bitterness and resentment about life and what I thought about this place and my community kicked me in the nuts, tenfold.

This is where you would expect the resolution of my personal Hero’s Journey: where I return home, roughed up from battle and subsequent figurative years lost in the wilderness – to where I realize what is really important, a changed man, better for the experience.

I’m still in the wilderness, figuratively and literally. But, what I will do is just grin and bear it for my kids, until I find a way for us to escape this beautiful hell, where my kids are relatively safe and generally thrive. I just need to suck it up, keep smiling, and take Ranitidine for the dyspepsia bubbling in my stomach.

In my next post, I will discuss the wonders and promise of Sustainable Agriculture.