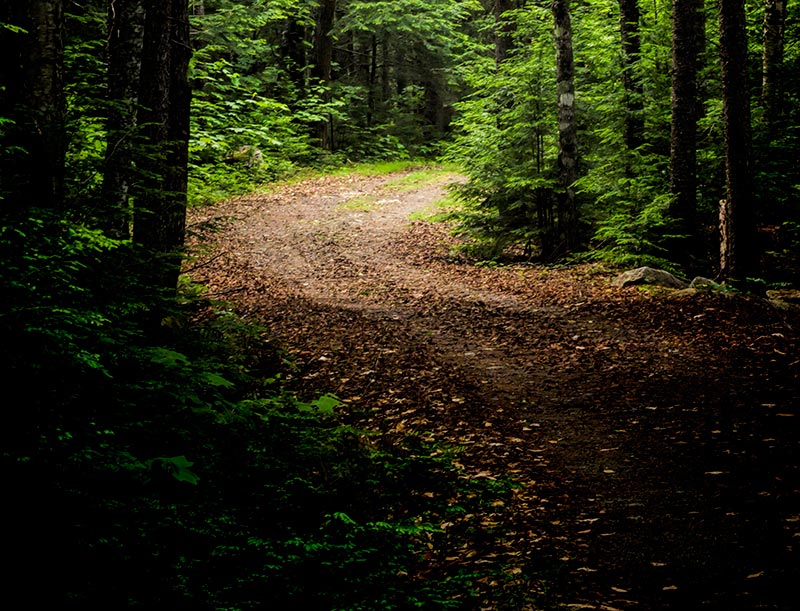 Jill got off the phone with our realtor and told me that the two little girls moving out of our new house in York, Maine, have a bunny and they wondered if we wanted it. I immediately pictured a future with two little girls of our own, running barefoot around the thick backyard grass, laughing and skipping around this bunny, while it sat chomping on a cartoon-orange carrot, fresh picked from our perfect, little garden.

I imagined this as I looked through the smeared window to our Boston apartment’s 140 square-feet patch of browned grass—an abysmal plot of earth abutting our neighbor’s enormous, blacktopped backyard, on which sat a chained, constantly-barking dog. Cue the booming sounds of our upstairs neighbor: a twelve-foot tall man who, we joked, must relish apartment-bowling, rearranging large furniture, and Irish folk dancing.

Our soon-to-be Maine house was a small “Cape Cod” in a quiet cul-de-sac, off a dead-end street, abutting five hundred acres of wild conservation land with walking trails around a lake. I was in middle-management at a large Web design shop, so we could take my Boston Web Boom earnings and spend it on Maine real estate, which felt like taking a small bag of US dollar bills to Costa Rica and buying a plantation.

At the mortgage closing the real estate woman double checked that we would still be willing to take the family’s two bunnies. Jill and I looked at each other and shrugged: sure, what’s the difference? We drove by the new house before heading back to Boston. The neighborhood kids were scattered throughout the street, riding bikes, skipping rope, and playing tag. Their happiness seemed to outshine the sunset’s orange glow. A slow motion scene which is so ideal, so perfect, it can only exist as a set up to a horror movie.

A week later, after the movers left, I walked our acre and a half to find out where the outdoor outlets and water spigots were located, and to finally say a cheerful hello to our… three bunnies. Each with its own cage. I had visited the local feed-and-seed store to buy a bale of hay and a big bag of rabbit food. The shed was bare, minus the shovel and a pitch fork the previous family had kindly left for the regular cleaning of the bunny cages. They were also kind enough not to clean the cages for what appeared to a long while, probably so that I could get the full experience of it all. I had owned cats, a dog, and hamsters, so I could take any piss and shit smell you can throw at me. Or so I thought, until I shoveled and violently retched over the mounds of packed, moldy feces and stale urine which released hundreds of jumping, red scaly worms.

Later, as the sun went down, Jill and I sat outside with one of the rabbits on the grass. It didn’t do anything. Nothing. In hindsight, I wonder what we thought it was going to do. That’s when I did the math. If Jill became pregnant at that very moment, it would be about four years of feeding, watering, and red-worm shit before our child would begin to enjoy these three animals… that did nothing.

By the third week in our new home, the lawn badly needed a mowing. On this unusually hot June afternoon, I shut off the mower to dump the grass clippings from its bag and discovered that bunnies could, indeed, make noise. I heard them all, behind me, screeching and thumping their feet in their cages. I was puzzled by the sudden activity, since I forgot they were actual living things and not just a personal karmic curse left over from one of my many past misdeeds.

That’s when I saw it.

Standing upright with its claws gripping the wire mesh of the raised bunny cages was, what appeared to be, a three-foot long, brown, weasel-demon.

Impossibly tall, its white teeth were bared as it clawed at the cage. My emotionally skewed memory recalls it making a sound, something between a hiss and the wailing of a velociraptor. I stared for a few, long moments, my brain unable to process this impossible sight. And through a shockingly effective surge of adrenalin, I suddenly had the desire to save the lives of these creatures which I previously wouldn’t have minded, so much, if they got eaten.

This miraculously worked. The creature bound away into the woods with a weasel-like, giant-ferret-like, I-will-eat-your-children-with-ravenous-joy-like fashion. I ran into the kitchen, out of breath, where Jill was doing the dishes.

”What happened?” she asked. “Did you hurt yourself? Your eyes are all bugged out.”

“A demon attacked the bunnies!” I said, and I laughed at myself saying it aloud.

“What the fuck are you taking about?” Jill said.

Once I had calmed down a little and felt convinced, at least, that she believed that I believed that I had indeed seen a demon-weasel, she reminded me that my parents were coming the next day to see the house for the first time, so I should get back to mowing. I agreed, but my internal reasoning was that I’d better finish before the sun goes down, because what the hell comes out at night around here if these things walk around during the day?

We showed my parents every crevice of our first house, like the linen closet which can be accessed by the hallway and the bathroom (fancy!). They politely mentioned how roomy the house was, which made me notice how the house was actually extremely small. My step-father and I toured the electrified shed, with its lights, outlets, and hooks for the tools I jabbered about purchasing someday. As he walked around to the cages, he peered in and noticed a rabbit was missing.

“It must be sleeping under the hay.” I suggested. When I examined the cage, not only was the bunny missing, there was a hole ripped in the cage’s chicken wire with fluffy fur clung around the opening.

So, I did what any person who grew up in the suburbs does in a situation where supernatural animals hunt caged, stupid animals: I called the county’s Animal Control Officer. I had to leave a message. (They didn’t have a team of operators standing by? Where the hell are we living?).

After three days and a second missing-bunny-ripped-through-mangled-chicken-wire, I left another message. By this time, even Jill had seen the creature bound across the neighbor’s yard.

“It was larger than weasels should legally be allowed to be,” Jill said.

“Right?” I said, happy to know that for the rest of our lives she will know that I hadn’t lost it “that time with the bunnies.”

The next day, right before dinner, a kindly older fellow in blue pants and a light blue, soiled, button-down shirt, stopped by the house and said he heard our message and asked how he could help.

“I know this sounds crazy,” I said with the man standing in the doorway, “but this enormous weasel, which we’ve both seen, has so far killed and taken two of our three rabbits.”

He said, “Sorry to hear that. Sounds like you have a fisher. They can be pretty nasty. They even go after porcupines. You should give me a call back if you see it again.”

This was not the action and determination I had expected from watching hours of aggressive adventurers battling and quelling nature on Animal Planet. Clearly, I was not dealing with a top-notch Animal Control Officer.

I suggested, “Aren’t you, at least, going to let the neighbors know?”

He looked at me and smiled a little.

“Tell them… that they live in Maine?” he said.

I stood there staring into his wise, elder eyes and, for neither the first nor last time in my life, felt like a complete shithead.

I smiled and said, “Thank you for your time, sir.”

I watched him walk back to his station wagon, probably at the same moment that the remaining bunny was devoured, since we discovered it missing the very next day and never again heard from the fisher. The officer nodded to me before backing out of our driveway, probably off to deal with another newly transplanted suburbanite currently dealing with grizzly bears, wolves, venomous snakes, and other dangerous creatures which I would later learn lived nowhere near Maine.

One thought on “Demons Exist”