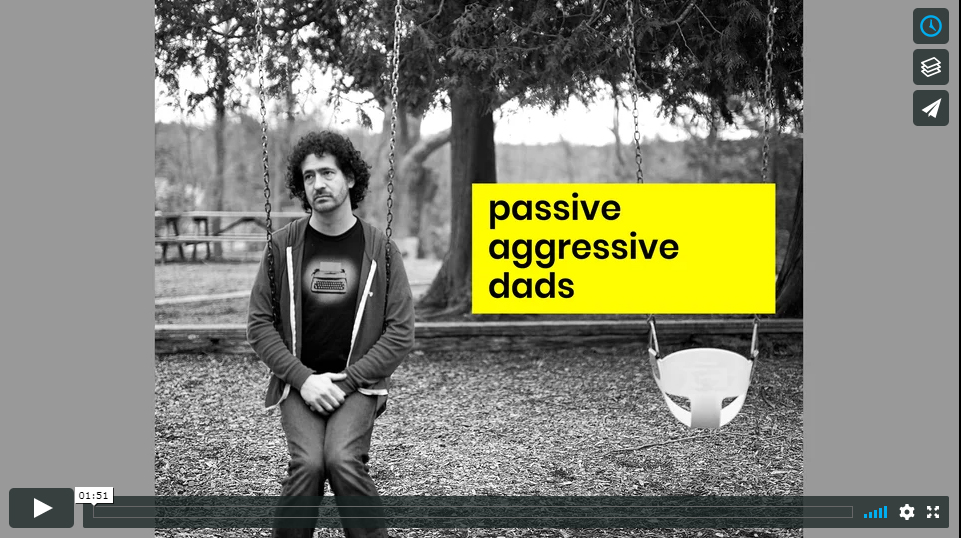 I’m happy to announce that the campaign to support my new short film, Passive Aggressive Dads, has exceeded it’s goal of $6,000!

It’s about two middle-aged dads who just want to spend a quiet day with their daughters at the park. But when an obnoxious group of teens drive by, too fast and too loud, it spurs these aging, disgruntled dads into a self-righteous act of passive-aggression.

And even though we’ve surpassed our bare-bones goal, the more we’re able to raise, the higher quality the film will be, and we’ll be able to submit to more film festivals (a forgotten cost which adds up faster than you can believe) .

If you haven’t given yet, please click this link and consider giving at at least $1 by June 2nd, 2018.

For every donation, no matter the size, we get closer to our goal of 250 supporters, which gets us thousands of dollars in filmmaker’s discounts and benefits from our crowdfunding host at Seed&Spark.

And we also have some really fun incentives for supporters, like a custom made Thank You Goat video, using these very goats!